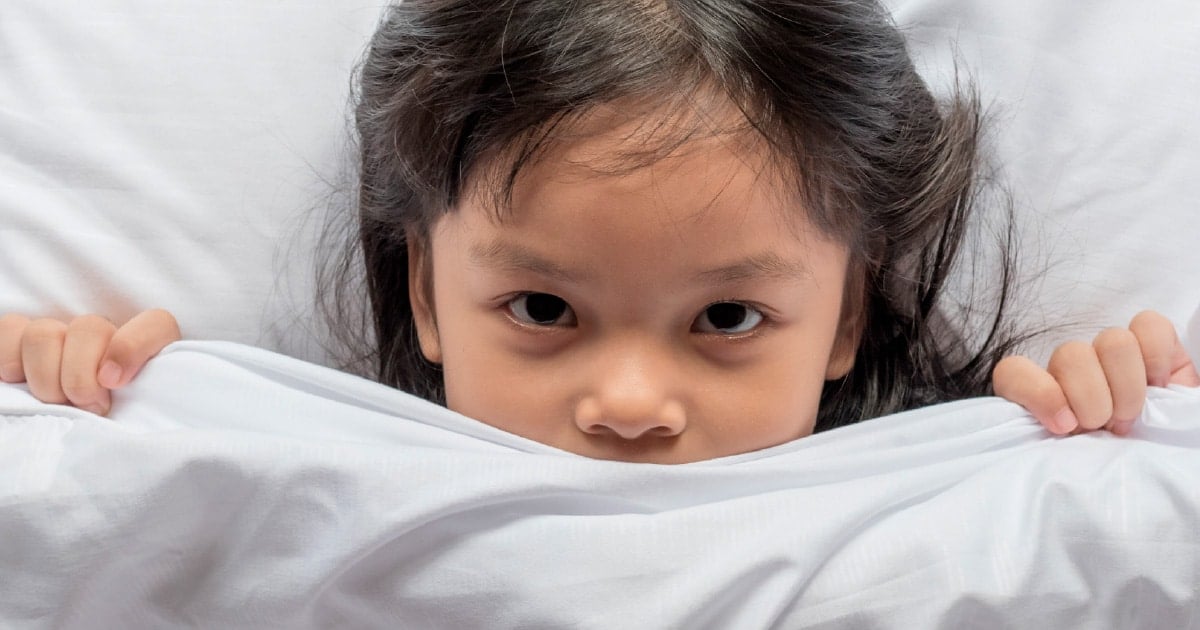 If your child is struggling with bed-wetting, help just might be at hand, explains Tiffany Brown.

Up until now, advice about bedwetting has come with a caveat: The definitive causes are unknown. Despite this, many and varied possible causes are suggested. Most sources of advice will offer reasons such as your child’s bladder is too small, your child’s hormones are out of balance, your child sleeps too deeply, or your child is under stress.

These factors are poorly or unsupported by scientific research. It is a fact that the risk of bedwetting is much higher for boys than girls. It is also an established correlated factor that your child is more likely to suffer if there is a family history of bedwetting.

A paediatric urologist named Dr Steve Hodges is one medical professional behind the move to expose a surprisingly logical new theory explaining why more children are experiencing bedwetting today than ever before. Despite a long career during which Hodges admits he steered many of his patients in the wrong direction, his path helping families with their bedwetting, constipation and UTIs (urinary tract or bladder infections) eventually led him to research conducted in the late 1980s by Dr Sean O’Regan.

A Canadian kidney specialist, O’Regan was motivated to discover why his own five-year-old son was experiencing bedwetting. He and his colleagues conducted a number of studies investigating the effect of "chronic stool withholding" (chronic and severe constipation) on the incidence of bedwetting (enuresis), poo accidents (encopresis), and recurrent UTIs, and found remarkable results.

Once considered a "normal" part of childhood by the medical profession, many experts are now joining Hodges in recognising bedwetting issues may be avoided entirely by addressing the problem of constipation. The definition of constipation for children comes from the International Children’s Continence Society. If a child’s poos are infrequent and the consistency hard, then the child is considered to be constipated. But Hodges explains that a stretched-out rectum is unable to evacuate properly, so some constipated children may actually poo quite regularly as the bowel "overflows", even presenting diarrhoea-like symptoms as the poo seeks to escape past the clog.

So how exactly does constipation cause bedwetting? Because the stretched bowel presses up against the bladder, it leaves less room for the bladder to hold urine. The child needs to urinate more frequently, and finds it harder to hold on during the long hours of night.

Avoiding bedwetting problems is, according to Hodges, a simple matter of watching for and aggressively treating constipation if and when it appears in young children.

The treatment plan is comprehensive. With a few tweaks, Hodges recommends O’Regan’s original plan used during his 1980s research. The plan entails nightly enemas for at least 30 days, tapering off to a month of enemas every second day, but only when the child’s accidents have resolved for five days in a row. An additional month of twice-a-week enemas follows, with a return to daily enemas in case of any accidents. A daily dose of child-appropriate laxative such as Coloxyl is also recommended during the course of treatment.

While such a plan may strike fear in the hearts of parents who struggle to medicate their kids, anecdotal evidence suggests the majority of children feel so much better after embarking on the treatment that any resistance is rapidly overcome.

There is another reason Hodges puts forward to explain the modern increase in problems with bedwetting. He suggests early toilet training, prior to age two, may cause children to become "chronic stool holders". Such early training is often instigated because childcare centres make it a condition of attendance. "Holding on" in turn causes constipation, and constipation then causes bedwetting.

His own research studied 112 children up to the age of 10, and revealed those who were toilet-trained younger than the age of two were three times more likely to go on to have toileting problems (bedwetting and UTIs). The analysis indicated that "late" toilet training, over the age of three,also increased the risk of problems.

Despite these findings, Hodges points out there is no right or wrong age to toilet train, and reminds us the child must be ready for training to be a success. He suggests that if your chosen childcare centre is forcing you to toilet train your child before they’re ready, you should choose an alternative childcare centre!

Encouraging as smooth a transition as possible from nappies to the toilet at the appropriate age and stage for your child could just be the key to avoiding problems like bedwetting in the future.

And if you have a bed-wetter in the family, look at resolving their possibly-undiagnosed constipation issues first. Not only will you very likely resolve their bedwetting as a result, relieving the stress and embarrassment your child is probably feeling will no doubt give you an amazing sense of parental achievement. 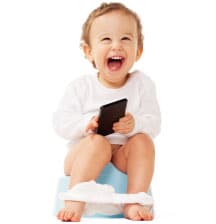 Moving from nappies to undies

A fully toilet-trained toddler is an appealing notion. Although the road to undies may be rocky,...
Read more 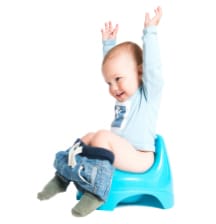 Toileting a young child can be fraught with difficulty – or not, depending on the child and...
Read more 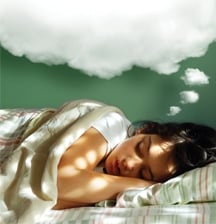 Wondering whether your child will simply grow out of bedwetting or if you could be doing...
Read more 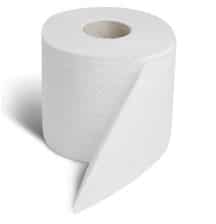 It should be something that happens naturally right? After all, we all do it ... it has to...
Read more 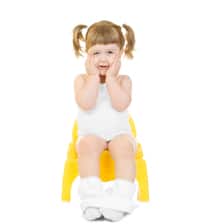 Children will generally be ready to start toilet training sometime between the ages of 18-months...
Read more 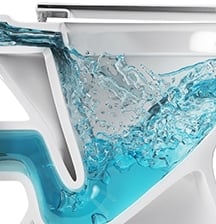 What are you flushing down your loo?

Tots to Teens recently talked with Plunket and Watercare about the work they are undertaking to...
Read more

How can I go green with my grocery shopping?
See answer
My kid can’t stop saying “I WANT IT”!
See answer
Have a child who doesn’t stay in bed?
See answer
Connect with us