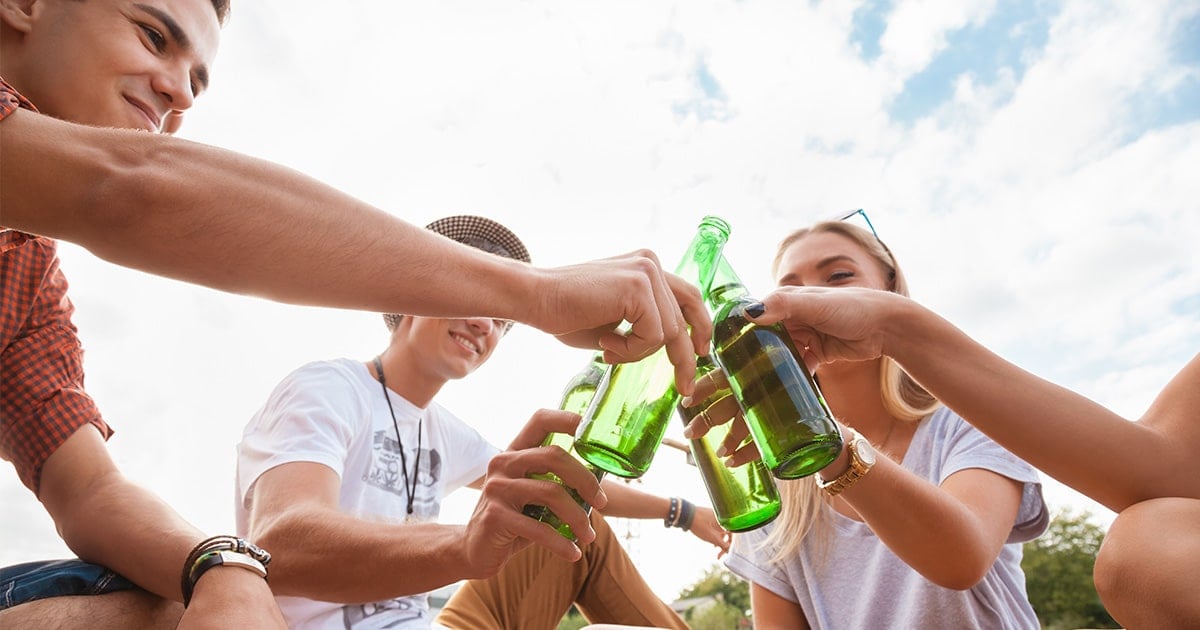 Parents are the major supplier of alcohol to the under 18s. Many of these do so with the best of intentions, to introduce alcohol in a safe, supervised environment, with the aim of moderating a child’s drinking. But research shows there is no evidence to support the idea that you should wean children on to alcohol at an early age. "The evidence shows that the earlier children are introduced to alcohol, the more likely they are to get a taste for it and become binge drinkers as teenagers and heavy drinkers as adults," reports Sir Liam Donaldson, Chief Medical Officer in the UK.

Many people think if we introduce our children to alcohol in a safe environment and teach them how to drink, they will not develop drinking problems, and they will avoid the marketing across society to over-indulge and to binge-drink. However, the research tells us this does not happen.

Young teenagers who are given alcohol by their parents were three times more likely to be heavily drinking by age 16. From age 13 to 20 is a critical time for development. The eight years immediately after puberty mark a developmental crunch time, when the brain is both extremely susceptible to damage from drugs and alcohol and six times more likely than an adult’s to develop an addiction. Teenagers absorb drugs and alcohol into their bloodstream more quickly than adults, and afterwards, their metabolism isn’t as efficient in breaking down the toxic by-products. Teenagers who drink even small amounts are far more likely to abuse alcohol as adults. Alcohol given to kids early just creates more problem-drinkers later.

According to Harvard University, boys first try alcohol at age 11, girls at 13, and teenagers who start drinking before the age of 15 are five times more likely to develop alcohol dependence or abuse later in life than those who begin drinking at or after the legal age of 21. As parents, you have the single biggest influence on your kids and their attitude towards alcohol. The results also indicate that those children who are given alcohol by their parents may be more likely to seek out alcohol from a variety of other sources.

Between 2001 and 2004, the proportion of Australian girls aged 14–19 drinking pre-mixed alcohol products more than quadrupled from 14 to 60 per cent. "Many parents mistakenly expect that the way children drink at home, under parental supervision, will be replicated when children are with peers," reports Christine Jackson, a Public Health Analyst in the US. Heavy alcohol use among adolescents leads to a decrease in the size of the frontal lobes, the part of the brain associated with planning, inhibition and emotion regulation.

The lawmakers got it wrong

Alcohol is a youth problem because young binge drinkers are likely to become alcohol-dependent adults. The longer kids delay drinking, the lower the risk of alcohol problems as adults. Drinking young simply stunts your emotional development. In 1999, New Zealand’s parliament lowered the drinking age to 18. What a stupid thing to do. It spawned a new generation of young addicts. The usual arguments about the drinking age such as "If you can go to war for your country at age 18, then you should be able to drink" is an understandable sentiment. After all, we go to war to protect our nation and preserve life. The irony is that a higher drinking age is what protects our nation, our elderly, our young people, our children, our families, our society and our country and preserves life.

A drinking age of 21 supports our youth, lowers the rates of depression, lowers the rates of suicide of violence, homicide and infanticide (which are all linked with alcohol intake). Is this not something worth fighting for? Just because something has been done for a long time, it does not make it smart or the right thing to do.

Most Western cultures glorify drinking. We have been brought up in an environment that teaches us that drinking is part of a complete, happy, healthy life. The alcohol companies market their beer as being "for mates getting together, relaxing after their hard day, spinning a few yarns at parties, being masculine and attractive; any social occasion just would not be the same without beer." What is a party? Somewhere you drink. 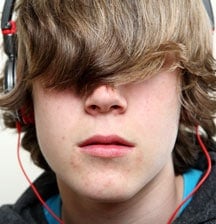 Want respect? Then Think, Speak and Act like an Adult

This excerpt from Yvonne Godfrey's new book Making It on My Own - 52 Smart Ways to Smash It in...
Read more 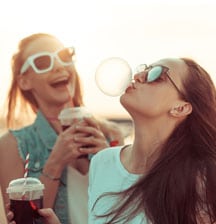 Tots to Teens has an older sibling - THE TEEN AGE, a new resource for Parents raising teens (and...
Read more 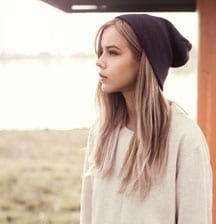 The clearer the vision, the fewer the choices, the easier the decisions

It is vital to have a clear vision and strong goals for life. This comes easily to some...
Read more 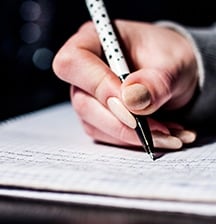 How to get Excellence in NCEA? (Possibly, maybe)

This discussion is not about the advantages or disadvantages of the NCEA qualification, nor about...
Read more

You may or may not know when your teen becomes sexually active, depending on how much of a sharer...
Read more 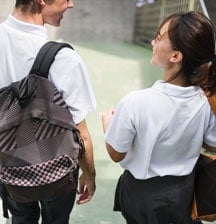 Teaching teenagers the difference between “appropriate” and “inappropriate”

In his book Essentialism, Greg McKeown says that in an interconnected world, people don’t...
Read more

I’m the mother of a child who won’t stop hitting other kids, help!
See answer
My shy child is having trouble making friends at school, what do I do?
See answer
Want to know the surprising solution to bed wetting?
See answer
Connect with us