Are our kids growing up too fast? With the power of the media and marketing aimed directly at our children, they are in danger of losing their innocence from a very early age. Here are some ways to protect these endangered national treasures.

“Kids don’t stay little for long.” This is one phrase that I’m sure many parents will have heard before. I know, as a mother of three preschoolers, I certainly had. Dealing with sleepless nights; a constant supply of pooey nappies; a laundry pile the size of Mount Everest and little ones requiring your attention 24/7 is enough to send any parent over the edge at times, and this phrase certainly sounded reassuring when I was battling my way through this phase in my life. However, now that my oldest has hit the tween years, I am beginning to wonder whether there was more to this statement than I had originally thought …

These days, with access to modern technology, it seems increasingly more apparent that outdoor adventure of the old-fashioned kind is being replaced by more sophisticated influences. From electronic games and the internet to television programmes, children are spending an increasing amount of time in front of “the box”. Although technology certainly has its positive side in bringing the world to our door at the press of a button, as parents we also need to be aware of the pitfalls such technology
can have.

A classic example of this is the smorgasbord of television programmes that are now on offer. It appears that although 9.30pm was considered the time that more adult programmes came on television; these days there is an increasing amount of programmes from 7.30pm onwards that tend to introduce our children to intricate relationships and more adult concepts. As parents, protecting our children from the dangers of growing up too fast can often involve navigating a skilful path through the variety of issues television can often expose our children to.

What’s more, these days an increasing amount of children also have electronic games. Although there are some programmes such as those used with X-box Kinect that are excellent in getting children off the couch and interacting with the screen through physical activities, they have done little in enhancing verbal communication. There is also some concern over whether children are able to distinguish between the excitement of what happens in a game and that of real life. Could, for example, playing games where the objective is to drive flash cars through city streets at high speed with police giving chase be encouraging a future career of boy racing for our
young men?

I have realised over the years that how fast my children grow up depends on a number of factors, including me. Although electronic games and television carry an element of excitement in what they can offer, quality time as a family offers much greater appeal for children. Taking time to be playful with our kids is therefore an essential key in helping to guide them through the journey of growing up. Such opportunities of play provide our children with meaningful participation, nurture and support, as well as positive connections.

It’s while our children are developing a sense of who they are that spending one-on-one time with them is vital. Times such as having dinner together and discussing the day’s events allows parents to explore the current issues that our children are facing; clarify the family’s ground rules; see any areas where trouble may be brewing and guide our young people back to safety. It’s an opportunity to step up to the mark and help our children to develop the life-guiding skills that they so desperately need.

What I have also found is that as a parent, my role is to provide clear, consistent and appropriate boundaries for my children. Peer pressure can have a huge influence over the choices that our children make. How often as parents have we heard, “That’s not fair, so and so’s parents allow him/her to have one.” Quite often, such statements can be fuelled on by the fantastic job that the power of advertising can have. What’s more, the books and magazines that can capture the eye of our young people can often be equally to blame. It may be cute when our daughter announces that she wants to be the next Hannah Montana – an average teenage girl who at night turns into a famous pop star – and certainly on the market there is enough fashion, accessories and literature to fuel such dreams for our girls, but is Miley Cyrus (Hannah Montana) really the best role-model? After the 16-year-old star pole-danced in mini shorts at the MTV YMA Awards, the question was posed as to whether Miley is sending the wrong message to our young girls.

Of course, now that our eldest son is a tween (not quite a teenager, but too old to be considered a child any longer), I realise that the “white-water rafting” years are just around the corner. The years where all the values we have instilled in him as a child will be needed more than ever, as he navigates his way through the wild and rugged obstacles that lie ahead as an adolescent.  As we prepare him for this toughest challenge yet, I realise that it’s true, kids don’t stay little for long – they are grown-up before you know it. My advice to any parent starting out … let your kids be kids, their childhood is a national treasure worth protecting. 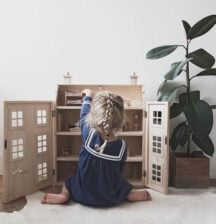 We asked our FaceBook community about their kids’ dollhouses and were inspired to find the...
Read more 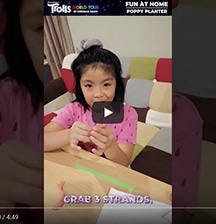 Home is the happiest place, ever, with TROLLS WORLD TOUR! Let Zoey teach you how to make the...
Read more 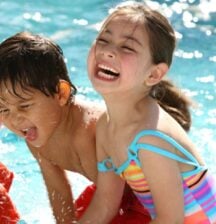 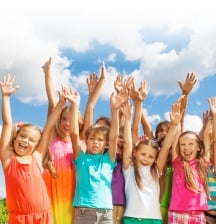 Play is good for everyone. Teach your kids these fun, old-fashioned games – no screens...
Read more 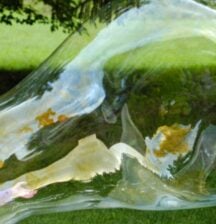 We’ve found all the bubble fun in Auckland

Auckland has it all in summer, but just to make life even better, there's going to be bubbles! We...
Read more 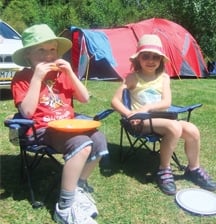 For those who may have not done it before, the very idea of venturing into the wilds with...
Read more

How can I go green with my grocery shopping?
See answer
What are some good lunchbox options for my child’s school lunch?
See answer
My child can’t stop saying rude words! What do I do?
See answer
Connect with us