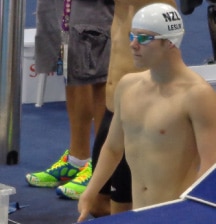 We chat to Theresa and Ross Leslie about raising their son Cameron, who was born with a quadruple limb deﬁciency and is a gold medalist swimmer at the 2008 and 2012 Paralympics and member of the national wheelchair rugby team, Wheel Blacks.

Cameron was born in Ruakaka, where he is youngest in a family of four children. We moved a few years later where he then spent most of his childhood on a lifestyle property in Whangarei where we could keep some animals, cows, pigs, chooks and have a big dog.

Cameron’s Nana lived at the beach, so we visited most school holidays where we did lots of swimming and fishing. Cameron’s older sister rode horses so we spent many weekends at horse events. His two brothers played rugby and we would travel as a family to watch them play all over Northland.

Cameron went to an activities programme when he was at primary school. This gave the children an opportunity to try different sports. Swimming was a part of this programme and Cameron enjoyed the freedom he experienced in the water.

The man who ran the sports programme identified that Cameron had abilities in swimming and got him into a local club. Cameron was selected for a NZ Development team to compete at the Australian Junior Competition for children with a disability. He won all of his races there, and that gave him the bug for competing. He competed at swimming competitions in Northland, but had to travel to overseas events to get real competition and judge himself against people with similar disabilities.

Once Cameron started competing seriously it was important for him to find a good coach that he could develop a working relationship with and who would bring the best out in him. He learnt from his coach that the motivation to do well comes from within yourself. There were many early morning sessions, but getting up was not a problem for him. The whole family was involved in transporting Cameron to and from training, school and competitions.

Cameron started playing wheelchair rugby when he was at high school. There were no teams in Northland so his Dad would pick him up after school and drive down to Auckland each week for training. They would get home very late and then he had to be up early the next morning for swimming training. We all enjoy watching wheelchair rugby, so would travel to the competitions to watch.

Cameron spent many weekends with friends. This always involved lots of outdoor activities like riding the quad bike, eeling, working out how to drive a car around the paddock. We also spent a lot of time watching his brother’s and sister’s sports and cheering them on.

Cameron has a positive outlook on life. It is his “can do” attitude that has helped him achieve. He has an ability to set goals and focus on achieving them. He doesn’t seem to get nervous at competition time (although Mum and Dad do!). He expects to be able to everything in life that other people do, and has done so all his life. He never saw himself as ‘disabled’, and neither did we. He has the support of his family and a great group of friends who enjoy the person he is and can see past his disbilities.

We think it is important to accept your children for whoever they are, as we are all different and have different skills and deserve equal opportunity. It is important to spend time as a family and support each other in their endeavours. And we believe a good education will give you the ability to achieve the goals that you set for yourself. 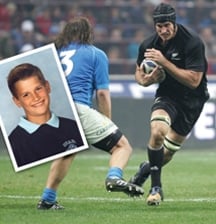 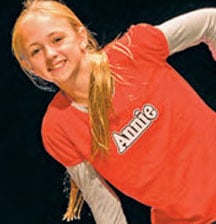 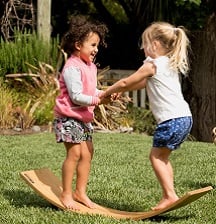 Rock-it boards are wooden balance boards for children and adults. Priced from $189, they are...
Read more 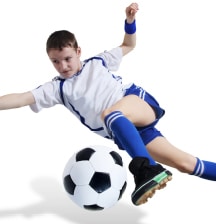 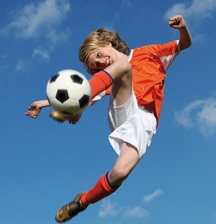 A question of sport

Sport is great fun and great exercise for kids, but there are some things you need to take into...
Read more 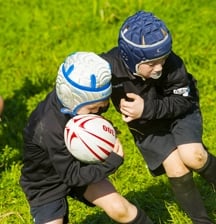 The real risks of a ‘concussion’ during sports

Signing your child up for a contact sport is a great way to improve their health and wellbeing, but...
Read more

I’m the mother of a child who won’t stop hitting other kids, help!
See answer
What kinds of books should my kids be reading?
See answer
What are some good lunchbox options for my child’s school lunch?
See answer
Connect with us