Let’s face it: children love to be grossed out, just a little bit. This thrillingly delicious zombie-themed birthday party is on-trend and so much fun for the Halloween season!

Graphic designer and mum of four Sunny Duran created a clever, kid-friendly take on a zombie-themed party for her son Myles’s 8th birthday celebration. “His birthday is in October, and what better way to celebrate. I figured this was my one and only chance to have a fun, creepy birthday party!” she explains.

“Myles specifically asked that the party not be too gross, just creepy. He didn’t want to scare any of our guests, so I focused on the zombie hands coming to get you with lots of wood and rustic elements,” Sunny says. Vanilla cupcakes with “brains” frosting, tinted white chocolate “zombie hands”, meringue “bones”, and lots of cookie crumb “dirt” kept the yuck factor to a minimum.

Sunny designed all of the party décor and printables, and set the party scene with Halloween-themed décor items like plastic skulls and rats. Party guests had their faces painted with camouflage face paint and were armed with Nerf guns of their own to “hunt zombies” as part of the party game.

The loot bags were designed to look like zombie survival kits, containing lollies shaped like bones for “zombie bait”, a set of glow-in-the-dark plastic fangs for a “zombie disguise”, a bottle of bubbles for “zombie distraction”, and a glow stick to “signal for help”. “The kids had a great time!” Sunny says.

[pullquote]Use your imagination for zombie Juice, or try Sunny’s version of mixing fizzy lemonade with green lime soda. Freeze lolly eyeballs in ice cubes and serve in the drink[/pullquote]

[pullquote]Create Deadly Dirt Cups by crumbling a brownie into the bottom of the cup, then add chocolate pudding, and top with crushed chocolate biscuit crumbs. The yellow zombie hands are melted chocolate and the headstones are a biscuit with chocolate writ[/pullquote]

Looking for ideas for your next party? we have the best list of venues, entertainers and party providers on offer here 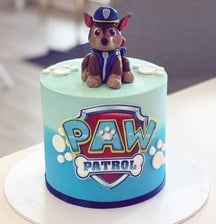 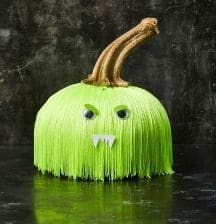 Clara Williams Roldan shares her easy and practical tips for a waste not, want not approach to … How to throw a birthday party that’s…

Laughter is the best way to get over a botched cooking attempt, so these people of the … 9 cake fails that give us the… 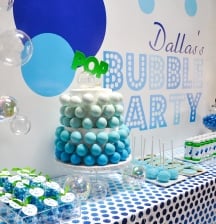