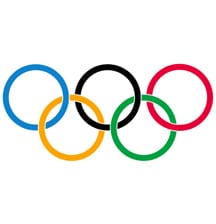 With the Olympic Games in full swing, now is a great time to have some sporty fun with your kids. Read on for some champion ways your family can enter into the spirit and excitement of the Games.

Growing up, I thought the Olympics meant balancing on a high beam and running super-fast around the track (gymnastics and athletics were the only sports my parents ever watched). Four years ago, my children were convinced – thanks to their swim-crazy dad – that the Beijing Olympics was an international swimming race, and they were astounded when they heard that New Zealand scored medals in sailing and rowing. 2012, I promise myself, will be different. With many diverse sports on offer, I’ll be sure to include a bit of fencing, badminton, and beach volley ball in our family’s watching schedule.

Now is the time to relax your screen-time conditions and blob out in front of the TV the whole evening ... no, not quite. Olympic Games are all about sport, so it would be ironic if the event interfered with your family’s healthy activities. If you sit down to watch the Games for a long period of time, how about getting up every advert break to do some exercises? Your kids may like to copy the actions they see on the screen, or replicate the actions they’ve just watched the athletes perform. You may even come up with a whole exercising regime as a family, taking turns to lead the others in dance routines, yoga stretches or jumping jacks. To structure your viewing time, an idea is to watch anything Olympics-related between 6pm and 7pm, or to record and watch only the events with New Zealand competing. If your family is interested in a particular sport, perhaps you’ll choose to devote more time to watching that, even if New Zealand is not taking part. Or how about selecting a sport you know nothing about, reading up the rules and then following a few events. Like for the Rugby Cup in 2011, it may be fun to adopt a country to support. It’s also a good learning exercise to cheer the underdog, or an athlete who looks like they’re really trying their best. During the Olympics, everything goes! Olympic-flavoured star charts, household chores, learning and parties.

Roll up the invitations into scrolls and decorate them with the Olympic logo. The text reads: Congratulations! You have qualified for the Olympic Games Celebrations (otherwise known as my birthday party). Hosting country: <insert address here>. Opening ceremony: 11am. Closing: 2pm. The cake can be five interlocking rings, or an ordinary one with the Olympic logo on top. Have one big candle shaped like the Olympic Torch, or candles in the colours of the Olympic rings: black, blue, red, green, yellow. Decorate the house with flags of the world, banners, sponsors’ adverts and posters of real athletes. Buy yellow or gold paper plates and paper napkins. Decorate each plastic cup with handles and a base to resemble trophies. At the party, let the guests participate in the following sports: Frisbee Throw, Foam Sword Fencing, Table Tennis, Pin The Flame On The Torch, Pin The Shoe On The Athlete, Musical Hula Hoops, Indoor Hockey. Award gold chocolate coins as medals. For older kids, serve Greek-type food (olives, lamb on toothpicks, deep-fried calamari, Mediterranean pizza). Younger kids will love London food like bangers and mash, non-spicy butter chicken, baguette sandwiches with cheese that looks like gold medals. Ideas for party bags: water bottle, whistle, cheap stopwatch or pedometer.

Even an international event like the Olympics is not free of blunders and bad luck. For example, just before the Vancouver 2010 Winter Games, the snow melted on the ski slopes. The torch went out three times on Day 3 on its way to London this year. A pole snapped during a pole vault event in Moscow 1980. As in all competition, it’s not about perfection. It’s about participating. 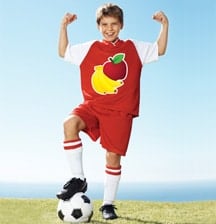 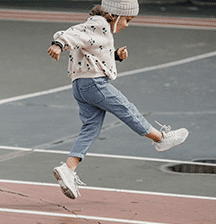 Active movement for under 5’s

How important is active movement for children under-5? Becoming an All White or Silver Fern...
Read more 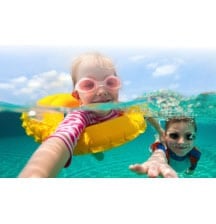 Keeping your child safe, in and around water, is an essential job of a parent and with the kiwi...
Read more 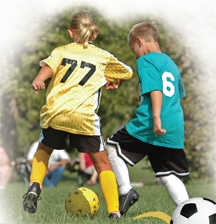 With the end of daylight savings and the colder weather drawing closer, it’s tempting to let...
Read more 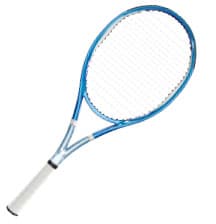 a game for life

We speak to Tracey O'Connor, previously ranked number two in New Zealand and 55 in the world, about...
Read more 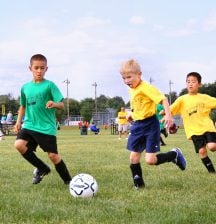 It's a new term and a new season for sport. We think every parent needs a survival guide to get...
Read more