Home/Pregnancy_Baby_Child/Parenting/Reviews and Trials/“My daughter is a great teacher for me”: Q+A with Smallfoot star Common

American rapper, actor, poet, and film producer Common voices the character Stonekeeper in the new Warner Bros kids' movie Smallfoot. Here he tells Tots to Teens about his experiences on the film and shares what he lessons he's learned as a parent.

Q: What drew you to the role of Stonekeeper and to the film? Common: I enjoy acting in animated films. When I learned about Smallfoot’s story and themes, and that Channing Tatum, Zendaya, and LeBron James were in the cast, I became really excited about being a part of it. I was drawn to the role of Stonekeeper because he’s a formidable and interesting figure – he’s the head of the Yeti village, who’s concealing certain things from those he leads, for their own good – or so he thinks. He’s a rich and complex character. I also thought it was interesting that Stonekeeper has written all the Yeti laws in stone, literally. He even wears these stones on his robe. That’s a really fun idea. Q: Does working on an animated movie present any kind of special challenges and opportunities that you don’t get with live action roles? Common: Of course, voicing a character in a sound booth is very different from working on a set, in full costume and makeup, in front of castmates and dozens of crew people. As a musician, I’m used to recording in a studio with no visuals to reference. I enjoy the experience of finding the voice of an animated film character. Then, the filmmakers add their animation magic. Q:  How did you find the voice for the Stonekeeper? Common: The process of finding Stonekeeper’s voice meant trying different things, repeating them a few times, and then maybe doing some ad libs. Our director, Karey Kirkpatrick, was great at making sure that the Stonekeeper had the tone and power that we wanted for the character, as well as the darkness and warmth. I listened to what Karey and the producers wanted the Stonekeeper to be. I thought about what he would have to be to run a village. What kind of life and professional experience would he have? Would he have a voice that would be both commanding and welcoming? It was an organic process to find his voice. I didn’t find it, definitively, until I got in the recording booth, where I tried a particular voice – and suddenly it was right there…the tone that hits it. Karey and I found that voice. I was just throwing it out there. It wasn’t carefully mapped out with a specific register. My heart told me where to go, and I went there. Karey said, “Okay, that’s it.  Let’s do it.  Let’s do some of that.” Q:  Did you miss working opposite your castmates?    Common: Not working with other actors was definitely a different experience for me. It’s nice to experience their energy and look. But Karey was brilliant in the way he was able to bring out the best in me, as an actor voicing a role in an animated film. Q:  Talk about the song you perform, “Let it Lie.” What is Stonekeeper conveying with that song? Common: The song is central to the story because it’s about the Stonekeeper, his laws, and why he’s keeping secrets from the Yeti. It’s telling Migo, who is voiced by Channing Tatum, that, “Hey, this is really what is going on with the stones. It’s expressing all the secrets that, until now, were known only to Stonekeeper. It’s informative and, in a way, spiritual. It has a fresh, hip hop feel to it. The song really enhances and propels the story because it’s also about the history of the Yetis and the stones and what they represent. Q: You’ve mentioned finding the Stonekeeper’s voice with Karey and working opposite him in the booth. What else does he bring to Smallfoot? Common: Karey has a real appreciation for music and an incredible imagination. He’s creative and collaborative, but always knows what he wants. Karey keeps reminding you of the kid inside of you, which I love. It’s important to keep that inner kid, which Karey recognizes and honors, and lets you bring to your performance. He knows a lot about music and films – and uses that knowledge to activate the best possible performance from you. Q: Who was most excited about your participation in Smallfoot? Family? Friends? Common: My family and my team that I work with were super excited about me stepping into the world of Smallfoot. My younger cousins will be very, very happy when I take them to see it. Q: Stonekeeper learns a lot from his daughter Meechee, voiced by Zendaya. What have you learned from your daughter? Common: Oh man, I learn from her all the time. My daughter is a great teacher for me. She is 20 years old, and I’ve been learning from her since she was born. She has a wisdom that I really connect with. I’ve talked with her about everything from music to girlfriends. I have learned so much from a young person who happens to be my daughter, as well as other young people I’ve talked to. I feel they have a lot to offer, and when we as adults open our minds to them, we can learn a lot. Q: What do you hope audiences experience when they see Smallfoot in theatres? Common: I hope that people enjoy the film and experience its warmth, humor and music. I also hope that it helps them understand that we can be better to each other, be better to the planet, be better to the animals, to people who are different from us, and to listen to the goodness inside each of us.
You may be interested in 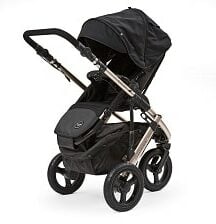 Edwards & Co Oscar G3 Stroller: Take a walk on the stylish side 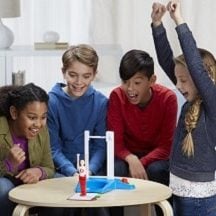 Fantastic Gymnastics Game: Get into the swing of things

Older kids (8+) will love the challenge of Fantastic Gymnastics, a game where the object is to flip...
Read more 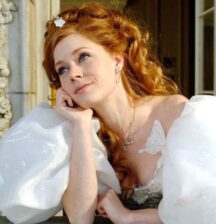 Princesses have never lost their charm, whether they’re making it in the real world or finding...
Read more

There are so many inspiring mums in the South, and Canterbury is a truly picturesque hub for...
Read more 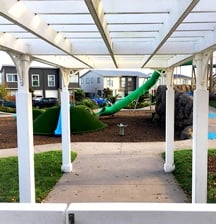 Coffee and play combo: The Parkhouse

Just when we thought the North West couldn't get any better, The Parkhouse Cafe and Whenuapai...
Read more 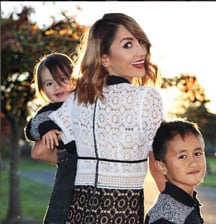 There are so many inspiring mums in NZ, and it seems Wellington is pulling in more than their fair...
Read more

My child won’t stop biting their nails, help!
See answer
Want to know the surprising solution to bed wetting?
See answer
I can’t tell if my child is ready for solid food?
See answer
Connect with us