Home/Pregnancy_Baby_Child/Parenting/Education/This rocking list of kids’ book series will be your saviour. 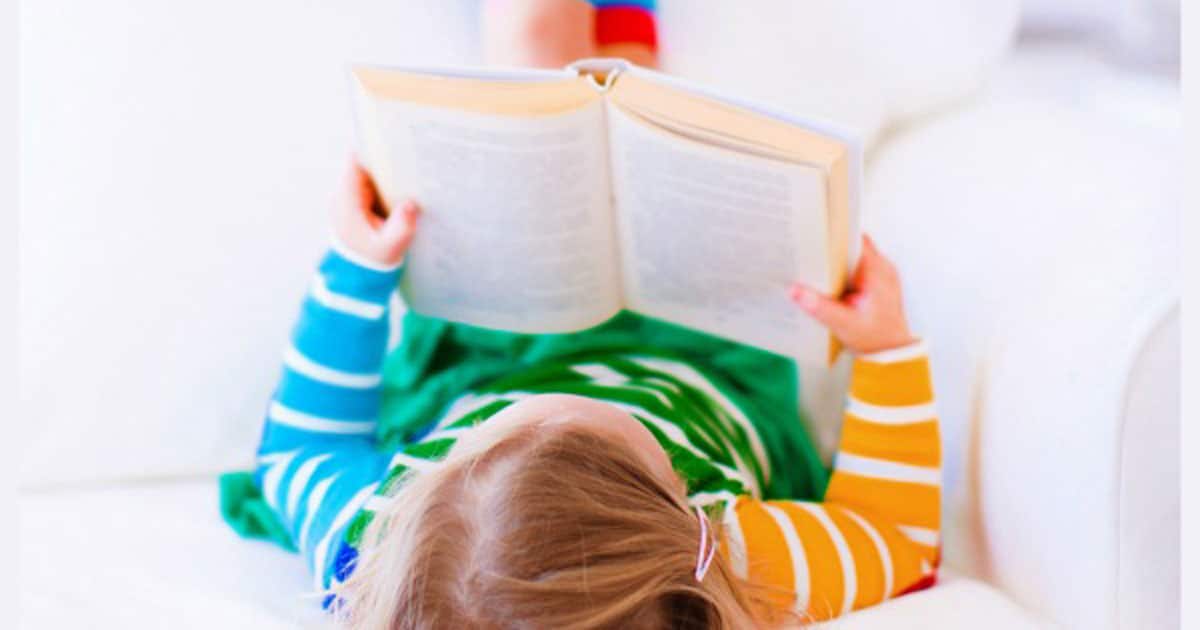 Some kids are so enthusiastic when they start reading chapter books, that we parents are racing around in a book-finding frenzy, barely managing to feed our children's wonderful appetite for more and more. Actually, we never want to miss an opportunity to keep them reading, because it's just so exciting when they get like this. It’s a good problem to have, and the trick is to get them hooked on a series with a good number of sequels. To help, we’ve put together a rocking list of our absolute favourite chapter book series, sure to please your most voracious readers.

This series is filled with adventure and mysteries that will keep your children’s eyes glued to the pages. The series follows the Kidd siblings, who have grown up diving down to shipwrecks and travelling the world, helping their famous parents recover everything from swords to gold doubloons from the bottom of the ocean. But after their parents disappear on the job, the kids are suddenly thrust into the biggest treasure hunt of their lives. They'll have to work together to defeat dangerous pirates and evade the hot pursuit of an evil treasure-hunting rival, all while following cryptic clues to unravel the mystery of what really happened to their parents – and find out if they're still alive! This series has nice big words and adjectives that really keep the children interested, as well as an extreme storyline that makes for a perfect series to start off your child’s chapter book interest.

The Big Nate series follows the adventures of Nate Wright, an 11-year-old who is conquering the life of middle school, in his own fashion. Trouble always seems to find him, but Nate keeps his cool no matter what. His lack of interest in school leads him into conflicts with his teacher Mrs. Godfrey, whom he considers his nemesis. The series also focuses on Nate's home life and friendships with his best friends, Francis and Teddy. The humour mostly comes at the expense of Nate himself, particularly when he is trying to impress someone and fails, which will leave your kid giggling as they turn the pages.

Diary of a Wimpy Kid

This is the kind of series that will have your child taking the book to school, wanting to read in the afternoons, and jumping into bed early to catch up on the latest chapter. It’s a best-seller, so we aren’t surprised most kids are lining up to read this series. The books follow the story of Gregg Heffley, a kid about to take the leap to high school, where he will embark on the journey of the pressures surrounding teenage life. Gregg fills out his journal throughout these tough times of becoming popular and facing different challenges that tween readers in particular will relate to. A bonus is the comic drawings inside the book, adding something a little extra the kids will enjoy. This laugh-out-loud series will have your child lining up outside the library wanting more.

The Brilliant World of Tom Gates

If your child is struggling with the idea of reading a long chapter book at night, this one might be for them. A light read, the books in this series shy away from daunting long texts, but instead add pictures to take the pressure off reading a page full of text. The series follows Tom Gates, an irreverent yet “normal” school kid who loves torturing his older sister Delia. He's also a master homework escapologist and likes to spend his time doodling in his homework book and planning his next rehearsal with his band, The Dog Zombies. In diary format, complete with kooky illustrations, the books feature fabulous kidspeak dialogue, adorable line drawings, wonderful typesetting, and a rollicking pace of unfortunate events that will elicit loud giggles.

This is an easy read that follows Andy and Terry who live in a (yep, you guessed it) a 13-storey treehouse. While in this tree house, the boys invent things, write stories, drawings and go on adventures. The series is packed with crazy pictures and maps that will keep the kids interested. One of the chapters has just one word all the way through it… If you want to know what it is, you'll have to pick up the book and read it. The subsequent books in the series all add 13 stories – The 26-Storey Treehouse, The 39-Storey Treehouse, etc – and there are also two companion activity books.

How to Train Your Dragon

Have a child who loves adventure or fantasy? Then this is the book series for them. The books are set in a fictional Viking world and focus on the experiences of protagonist Hiccup as he overcomes great obstacles on his journey of Becoming a Hero the Hard Way. This series is perfect for the readers who are in the “awkward stage” where some stories that are filled with pictures are just too easy and short for them, as it allows the easy transaction from picture books to chapter. In addition to the 12 books that make up the main series, Cowell has released several companion books and reference books.

Author Rick Riordan has nailed the balance between monsters and heroes in this series. The Percy Jackson book series follows the adventures of young demigod (half mortal, half Greek god) Percy and his friends Annabeth and Grover. And the story continues in the thrilling Heroes of Olympus spin-off series. The style of this series is very engaging, as Rick has a witty way of writing, which is one of his most talked-about qualities. The way the Greek gods and myths are tied in with the modern world is both interesting and educational for children.

Looking for a series for the tweens? This is it! The Gone series by Michael Grant is one that makes the imagination run wild. This series is based on a town called Perdido Beach, in which every human age 15 and older vanishes. The town and surrounding areas become encased within an impenetrable energy barrier, with many of its inhabitants developing supernatural powers. The books follows Sam Temple as he battles rivals Caine Soren and Drake Merwin, as well as a mysterious, malevolent creature, known as The Darkness. Extreme, heart-racing, and epic will be the words to describe this series.

39 Clues will give you 39 reasons to keep reading. Exciting, interesting, and thrilling are all words to describe this series. The story starts at the reading of Grace Cahill’s will, with family from around the world gathered to collect their portion of the money. However, Grace threw them a curve ball, saying they can each take their $1 million, or join an epic treasure hunt in which the winner will receive a prize beyond their wildest dreams. This is the kind of book that has plot twist after plot twist, creating an amazing story.

A series of unfortunate events

Some may say we saved the best for last. With 13 books in the series this is one that will keep your child tucked in underneath the covers wanting to read more. Adventure, suspense and laughter is what’s to be expected when reading this series. The books follow Violet, Klaus, and Sunny Baudelaire, three siblings who are forced to live with their murderous relative, Count Olaf, after their parents passed away. The story goes on to reveal there are countless mysteries surrounding the family which leads to multiple sticky situations making the children want to find out more. The books are rich in vocabulary and supply any reader with a vivid description of what is happening, which is perfect for children just starting reading chapter books. 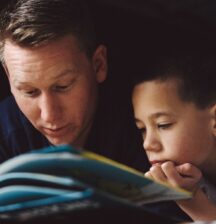 Reading a chapter book out loud to your kids can feel like a marathon at...
Read more 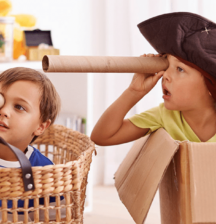 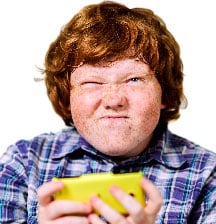 Is your child old enough for a mobile phone? Before you press the “yes” button, check out...
Read more 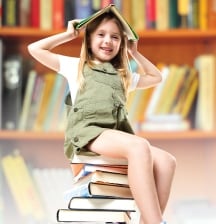 The library is a wonderful yet sometimes underused resource.  Here’s everything your child...
Read more 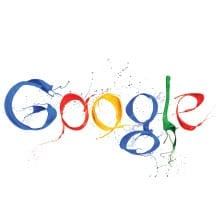 Want to take your kids around the world but can’t afford the airfare? Check-in to your nearest...
Read more 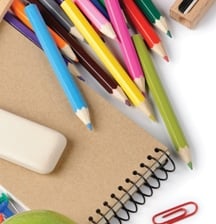 As always, Christmas has come and gone in a blur and the summer holidays have whizzed by –...
Read more

Have a child that won’t eat?
See answer
My child won’t stop biting their nails, help!
See answer
Does my child watch too much television?
See answer
Connect with us