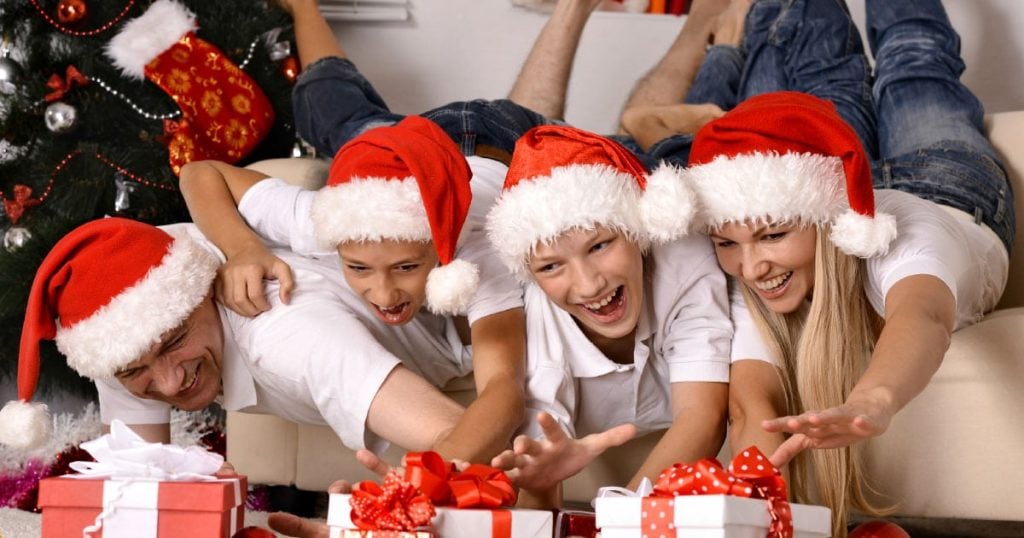 How about, instead of more eating and drinking, you and the kids (and your guests) burn off some excess festive energy with these fun, Christmas-inspired games that both young and old will enjoy. Let the festive games begin!

Christmas is a wonderful time of year, offering opportunities to join together with friends and family to celebrate. While this time together is a true privilege, it often brings along with it a houseful of excited and boisterous children with a variety of ages and personality types.

The following games offer some structure in a fun fashion and require a minimal amount of preparation, expense and expertise to facilitate. They are also successful in bringing together a variety of age groups into a common pursuit.

how many presents under the tree?

Encourage the children to move around the room in a variety of different ways, for instance, differing speeds, levels, directions and ways of moving. At some point call out: “How many presents under the tree?” and relay a given number, up to the number of children participating (for instance, four). At that point, the children must
quickly form a group of that number. Those not quick enough to make a group must do a predetermined exercise (for example, starjumps) and then join in again for the next round.

how did santa get here?

Children line up horizontally at one end of the room and call out “ How did Santa get here?”. The person facilitating the game responds by saying “Santa got here by …” and states a mode of transport. For example, aeroplane, motorbike, racing cars, helicopter, horse, sleigh, rollerskates, surfboards, submarines, skis. The children then move from one end of the room to the other in the mode of transport stated.

This game is a variation of the classic game Duck, Duck, Goose. But those words are replaced by the words Elf, Elf, Santa to incorporate the essence of the Christmas season. A child is chosen to start and the rest of the group sit in a circle. The starting child walks around the circle gently tapping each child on the head and naming them aloud “Elf, Elf , Elf …”. At some point, they randomly tap a person and name them Santa. The child named Santa then chases the starter player around the circle and back to the spot they were previously sitting in. The new Santa then takes their turn to walk around the circle.

These two activities play tribute to this popular Christmas dessert. To begin, play a game called The Shakes, in which the facilitator calls out different body parts for the children to shake, gradually adding appendages until the children are shaking their entire body. To follow this, I highly recommend a CD of original music for kiwi kids by Judy Cranston. Her song Wibble Wobble Jelly lends itself beautifully to this game. A piece of lycra fabric is needed. The children sit around the lycra holding it stretched out. The song goes “wibble wobble, wibble wobble, jelly on a plate” while the children pull the lycra backwards, forwards and sideways in time to the words. The song then says “going up, going down” at which point the children lift the lycra up and down. The song increases in speed until the children are moving in a frenzy. Guaranteed good fun.

One child is chosen to pick a slip of paper out of a hat, on which are written (or drawn, if young children) different characters (for example, cat, baby, monkey, mermaid, witch, pirate, etc). The group then calls out: “Who’s on Santa’s knee?” On that cue, the child mimes the character they have selected from the hat. The group attempts to guess who it is. The child who makes a successful guess is next to choose from the box.

Children stand together in a group and the facilitator takes the role as photographer. The facilitator calls out a particular type of family (for instance, movie stars, sporty, tired, arguing, loving, circus, monkey, monster, etc), then counts “one-two-three-snap” and the children pose in character, as if having a photo taken of themselves as a member of that family.

Play a musical Christmas carol and have the children dance while it plays. Intermittently, pause the music and call out a Christmas present (for example, toaster, elephant, palm tree, lawnmower, fish). The children then grab a partner and use their bodies to make the Christmas present.

what’s in the box?

Ask the children to sit in a circle and pass around an elaborately wrapped box. Have each child state what they wish is in the box. Wishes can be as magical and fantastical as they like. Another variation of this game is to suggest to the children a type of character and for each child to state what present they think would be suitable for that character, for instance, a pirate might be given a parrot, a telescope, a treasure chest, etc.

A Santa-themed variation on an old favourite. Put a selection of items in a Santa sack. Empty the sack out in front of the children and leave in front of them for exactly one minute, then put them all back in again. See how many items the children can recall.

Paula Galey (M Ed Psych (hons) Hdip Tchg) is a teacher who specialised in working with students with learning and behaviour difficulties. 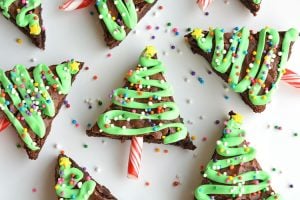 These Christmas Tree Brownies are SO EASY and don’t they look amazing?! Just cut the brownies...
Read more 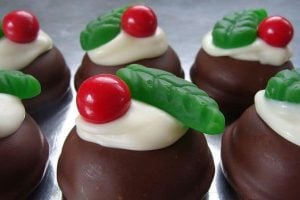 Making Christmas treats is a great way to build up the excitement of the festive season with your...
Read more 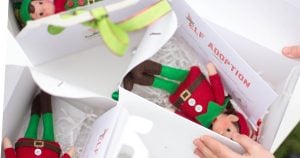 What's red and green and fun all over? This elf-themed children's holiday party! Have you heard...
Read more 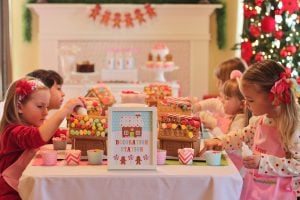 This delightful gingerbread decorating party is the perfect way to celebrate the holiday season...
Read more 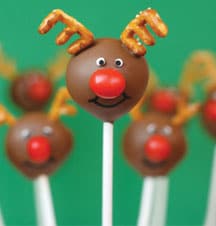 Cake Pops are an international phenomenon and Christmas is the perfect time to have some fun with...
Read more

My child is scared of dogs, how can I help her break this fear?
See answer
My shy child is having trouble making friends at school, what do I do?
See answer
My child won’t stop biting their nails, help!
See answer
Connect with us