Newborns are far more capable and aware than previously thought possible, so it makes sense that studies have shown it is possible to provide stimulation and experiences to build on those early building blocks of learning.  Here are some fun ideas to try.

In the early 1900s, William James, a prominent psychologist, wrote that newborn babies experience the world as “one great blooming, buzzing confusion.” It was a popular belief that infants were capable of little more than crying, feeding, and sleeping. It was thought babies were unable to see objects or people around them and could not identify voices – even that of their mothers.

These beliefs persisted for the most part of the 20th century. It is only in the past two decades that infant research has advanced to reveal the amazing abilities of newborn babies, including facial recognition, voice distinction, the ability to see colours and be able to count before they turn 1-year-old.

When a child is born, her brain contains all the neurons she will ever have – an astounding 100-200 billion. The brain must undergo substantial changes to allow these neurons to grow to meet the social, intellectual and emotional challenges a human being will face. This brain growth actually happens remarkably quickly. By the end of her first year, a baby’s brain will have doubled in size. By age 5, her brain will have reached 90% of its expected size at adulthood. Therefore, the efforts of parents to foster learning experiences for brain development in their child cannot be understated.

so how do parents begin to ‘build’ their babies’ brains?

In their book Baby Minds, Brain-Building Games Your Baby Will Love, Linda Acredolo and Susan Goodwyn have identified six developmental domains to provide the foundations for a child’s academic and social success: problem solving, memory, language, reading, mathematical thinking and creativity. The six domains do not work in isolation. The development of memory, for example, is a prerequisite to learning to talk, but learning language also promotes memory skills.

One golden rule to remember when trying to foster the six domains is that active learning beats passive learning every time. If a parent can actively engage their child in a task or game, she will have a far greater learning outcome.

In this article, we will cover problem solving, language and reading. We will look at the remaining three domains in Brain Building Games.

Below are some practical activities you can do with your child from birth to build a brilliant little mind.

Problem solving is a vital skill for an infant to learn. From birth, a baby can learn that his actions can create desired outcomes.

When lying an infant underneath a mobile or playgym, tie a soft ribbon to his leg and attach it to the mobile. He will soon see that his kicking moves the objects above him. Parents can alternate the legs and arms tied to the ribbon to help stimulate different areas of the brain.

Interactive games help promote problem solving. Peekaboo is a good example. Mum puts a cloth over her head and says “Peeka...” waiting for the baby to yank the cloth off. As soon as baby does, mum says “Boo.”

Use toys or activities to help a child see the interesting effects their actions have on the world. Toys such as Jack-in-the-Boxes require the child to turn a handle to see the clown jump out.

Give your child food inside a ziplock bag and give them a few minutes to try and open the bag themselves.

Place a desirable item (such as a marshmallow) inside an empty handy towel roll. Watch your child try to get the object out with their hands. When they can’t, present them with a long object such as a wooden spoon. Don’t tell your child what to do, just watch.

The miraculous process of learning to speak begins at birth. Studies have shown 4-day-old newborns can distinguish their native tongue from foreign languages. Acredolo and Goodwyn strongly advise using baby sign language with your children. If a child is given the tools to express words through body actions, namely signs, he can hold a conversation with his parents long before he learns to voice the words.

Begin to use baby signs during routine interactions with your baby. When you say “yes” and it is matched with a head nod, he will see the gesture and the verbal cue paired together. With practise, he will nod in response to a question even if he cannot say “yes”. Select a set of words you think will be important to your baby (more, dog, cat, drink, etc). Decide on signs to accompany the word and perform the gesture to your child when you say the word.

Start pointing and naming objects as part of general conversation. When dressing your child, touch and say their body parts. Begin to ask them to identify body parts or clothing items for themselves. For instance, “where are your shoes? They go on your feet, don’t they? Can you touch your feet? ” Many children will not interactively point to body parts until toddlerhood. However, their brains are fi ling away the information to use when those vital connections between speech, listening, auditory processing and bodily movement are made.

When your 1-year-old begins to babble more, make the same noises back to them. It encourages them to keep vocalising, but also they hear how the babble sounds different to your general speech. They then begin to understand which type of “speaking” they should be mimicking. When talking about your day and their surroundings, include as many descriptive words as possible. For instance, when walking past a dog do not simply point out that you have seen a dog. Tell your child how big the dog is, what it is doing, the colour of the dog and where the dog is in relation to other objects.

Begin reading books interactively. Ask open-ended questions about the story, pictures or plot. For instance, you could ask, “where do you think the elephant is going?

The process of developing a child’s brain is not without effort. However, watching your child’s skills grow is one of the most enriching experiences of parenthood. Acredolo and Goodwyn agree. “Children’s minds are a precious gift entrusted to parents for safekeeping. Only in the security of a warm and nurturing relationship and a richly stimulating environment will a child become all he can be.”

Through letters, shapes, rhyming and promoting a love of books, you can give your child the foundation blocks for reading.

Hang two different shapes or patterns in front of your baby. She will be able to notice the differences between the two objects. This helps to build the recognition and memory required for reading. Emphasise rhymes with songs and games.

Prominently display colourful pictures of letters.Introduce nursery rhyme books and begin to incorporate the baby signs you have been using in your stories.

Make creative pictures with rhyming characteristics. For instance, draw a picture of a blue shoe and repeat the words to your child. Invent baby signs to represent specifi c books. For instance, if your child’s favourite book is about a frog, introduce a sign for frog so he can ask for that book.

Draw silly creations with your child, using a letter as the starting point. For example, ask her to turn the letter V into a delicious ice cream cone.

Begin playing odd one out games. Show your child a group of four pictures or objects and ask him to find the one that doesn’t belong.

Hannah Denton is a news journalist who has written for publications such as The New Zealand Herald and The Dominion Post. She lives in Auckland with her husband and two young sons.
View full article
You may be interested in 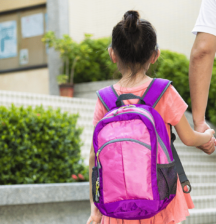 To go up to the school, or not? That is the question

If you’ve had a child at school for more than a few years, chances are that there have been...
Read more 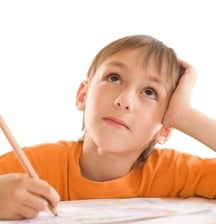 It’s not just getting the answer, it is how you get the answer that’s the key to being a good...
Read more 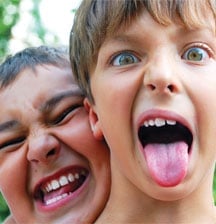 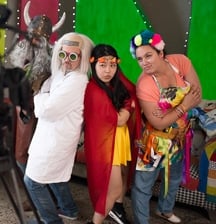 NZ has a FREE science/tech hub for kids!

STEM skills are critical for your children's future success, and this learning website is...
Read more 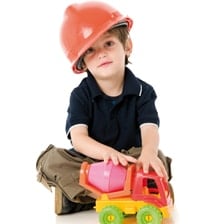 These days, toys have more than just entertainment value, they encourage and stimulate all kinds of...
Read more 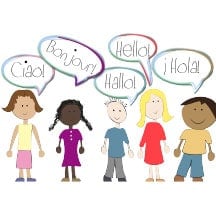 In the global community that our kids are growing up in, only being able to communicate in one...
Read more