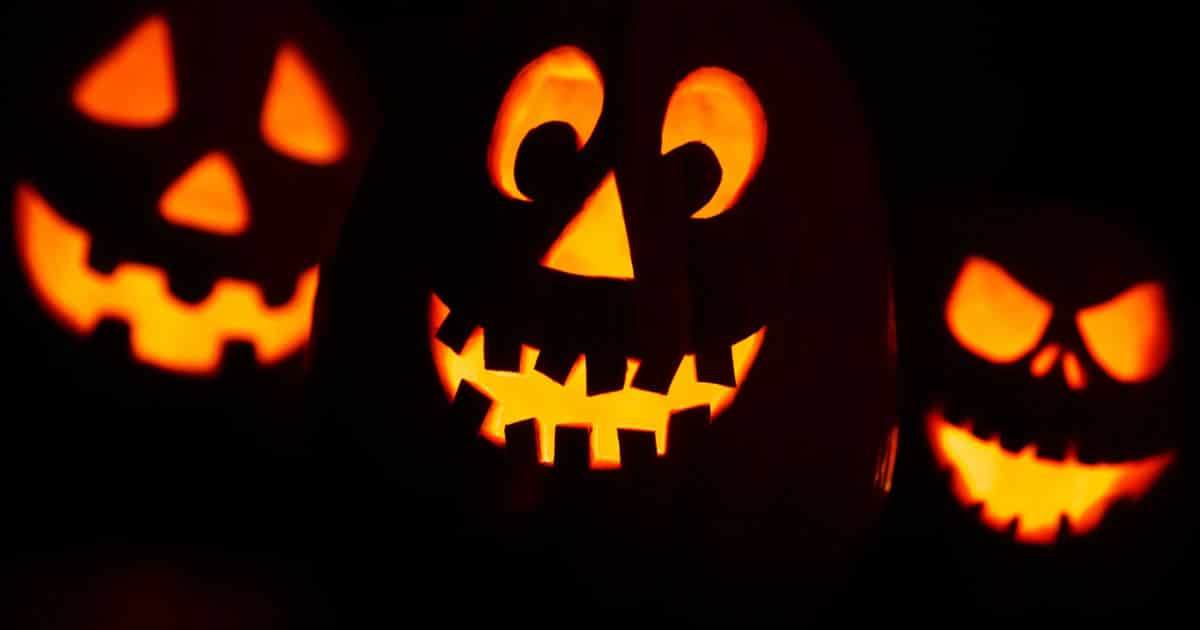 Kids love celebrations, and Halloween is becoming increasingly popular, so here are some fun games your kids can play, as a change from trick-or-treating on All Hallows Eve.

Halloween, traditionally known as All Hallows’ Eve, is an annual celebration which has its origin in the ancient Celtic festival of Samhain, which was a time for the ancient Gaels to take stock of supplies and prepare for winter. It was believed that on October the 31st, the boundaries between the living and dead became blurred and the dead were resurrected and came back to cause havoc, such as damaging crops. In modern times, through the influence of the media and the opportunity to commercialise the holiday, it has become a recognised celebration within New Zealand. While some parents frown upon its observance, many children are keen to embrace the customary activities of dressing up and trick-or-treating. The delight children find in celebrating this holiday is likely to be based on their perverse desire to enjoy the experience of fear. Children revel in feeling scared on such culturally acceptable occasions because it allows them a chance to take risks in a safe environment, it offers a sense of adventure, and they achieve a sense of success that bolsters their self-esteem when they manage to conquer their fear by watching that scary movie or listening to that chilling ghost story, for example. Importantly, it also provides an arena to explore and understand the often taboo subject of death in a lighthearted, non-threatening manner. Here are some Halloween games which may offer an alternative way of celebrating this fun evening to parents who are not keen on the usual trick-or-treating activity.

One child is chosen to be the witch. She walks in front of the group who follow her in a horizontal line and chant: “Old mother witch, fell in the ditch, picked up a penny and thought she was rich.” The witch then turns around and yells in a suitable witchy voice: “Whose children are you?” The group responds with each of their names in random order, but once every name has been said, the group yells “Yours”, at which point the witch chases them. The first child caught takes the witch’s place.

This game is a wonderful way to learn names, but is also equally fun for children who are familiar with one another. The group stands in a circle and a chosen player announces: “I am da zombie”, they then begin walking directly but slowly towards another person in the circle with their hands out in front of them in, zombie-style. If the zombie touches the person, they are out and have to leave the circle. The only way the intended victim can stop the zombie is to call out another person’s name in the circle before contact is made. The person who called out the name then becomes the zombie and starts advancing on the new victim. Again, the only way the victim can save themselves is by calling out a name. The name must be someone still in the circle. Continue playing until only two players remain.

One child is chosen to be the monster and three children are selected to describe his traits. These children suggest one sound, one movement and one physical characteristic for the monster to emulate. The monster then walks across the room displaying those traits. For example, he sounds like a howling wolf, he moves like a rat and he has a claw-like hands. For very small children, prepare some trait cards to help speed up their suggestions.

Ask the group to walk around the room in normal fashion, being aware of themselves and the space so that they do not bump into one another. Explain that you will be calling out various body parts and that when you do, they must act as if something has possessed them by attaching a rope to that body part and that they must walk as if being led by that particular body part. For example, the top of the head, the nose, their big toe, their little finger, or their belly button.

Players spread out in an enclosed space and one player is chosen to be the blob. When the signal is given for the game to start, the blob attempts to tag one of the participants. If they catch someone, that person links arms with the blob and the two of them attempt to catch others. As others get tagged, they too become part of the blob. Eventually, all players become part of the blob and there is nobody left to tag.

death in a minute

Divide a large group into smaller groups of four. Give each group a piece of paper with a secret location, for instance, a restaurant, a hair salon, a theme park, etc. Once they have their location, they go off in their group and they have 5 minutes to put together a 1 minute play in which at least one person (or alternatively, the entire group) must die a gruesome death. Each group then presents their play to the other groups. Encourage them to be creative and dramatic in their ideas and presentation.

Secretly select one person to be the killer. Then ask the group to walk around the room shaking hands with all the other players and introducing themselves using various accents. The killer at some point chooses to kill someone by gently scratching the inside of the victim’s hand when she shakes it. The victim then continues to shake hands for a further 20 seconds (so as not to give the killer away), before dying a dramatic death. The group may then guess who they think the killer is. If they guess wrongly, they too must die a great dramatic death. The game continues until someone who has not been killed correctly names the killer.

werewolf in the forest

One player is chosen to be the werewolf. He turns his back on the others who are woodcutters. They busy themselves acting out various woodcutting tasks, for instance chopping down trees, planting, eating lunch, etc. After a while, the werewolf howls, at which point all the woodcutters must fall to the ground and “play dead”, not making a single movement but being absolutely motionless as if their life depended on it. The werewolf approaches each of them, acting like a werewolf and prods, tickles, touches or tricks them into making them laugh or move. The werewolf’s goal is to force them to reveal they are alive. If the werewolf succeeds, the person who moves becomes a werewolf too and joins the mission while the remaining woodcutters try to stay still. The game continues until all the woodcutters become werewolves.

In a clearly defined playing space, and with the clearly stated rule of ‘no running’, each child secretly choses someone to be a bodyguard and somebody to be an assassin. Once the game begins, players move within the space, trying to protect themselves from the assassin by keeping their bodyguard between themselves and their assassin. After enjoying several minutes of chaos, everyone reveals who they picked.

Each player stands in their own space and morphs from one type of Halloween-themed statue to another. Some ideas for statues might include alien, vampire, skeleton, ghost, witch, werewolf, monster, ogre, hanged man, etc.Other players try and guess who they think they are. 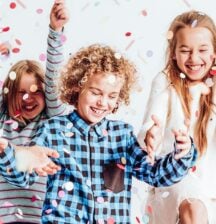 Slumber parties don't have to all be about the sleep and movies. Put down the remote and put on...
Read more 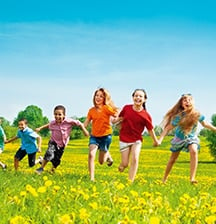 Instead of having just one winner, how about introducing some fun games which foster co-operative...
Read more 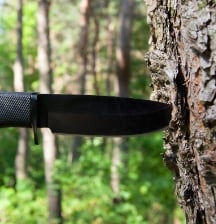 It's a stereotype that boys climb trees and girls read: plenty of girls love tree houses and...
Read more 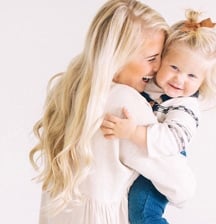 5 ways to have fun with your toddler

Toddlers benefit hugely from one-on-one time with you. Here are 5 ways to have fun...
Read more 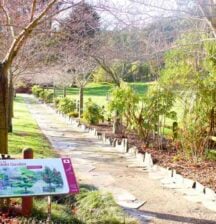 Christchurch is blessed with such a beautiful landscape;  it’s an absolute must to head outdoors...
Read more 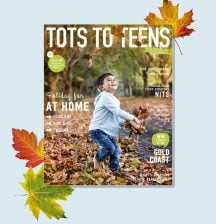 Any tips for airplane travel with kids?
See answer
My child won’t eat …..
See answer
What are some good lunchbox options for my child’s school lunch?
See answer
Connect with us